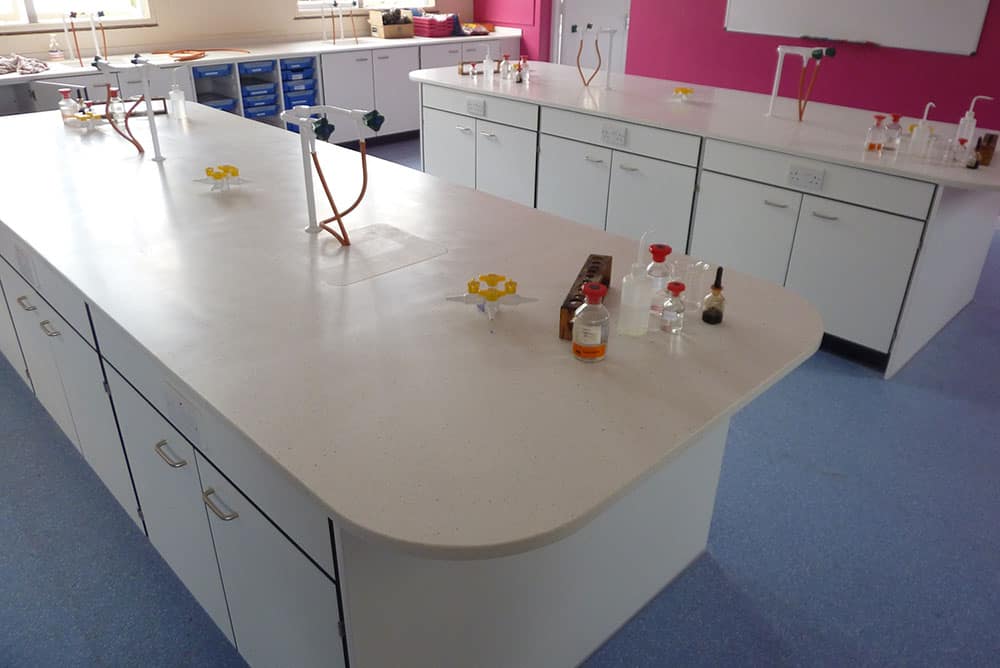 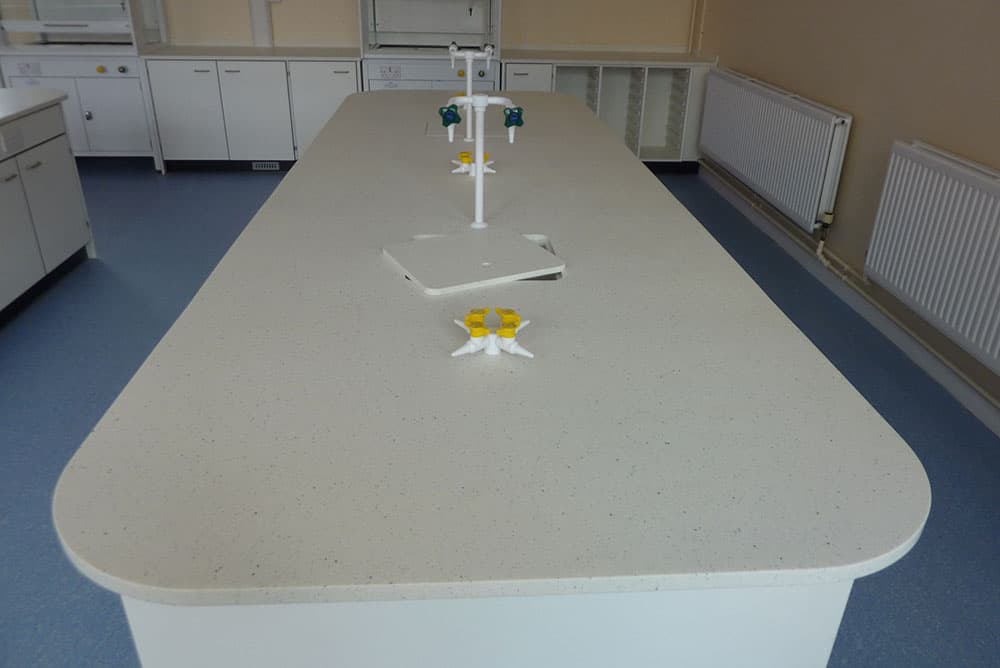 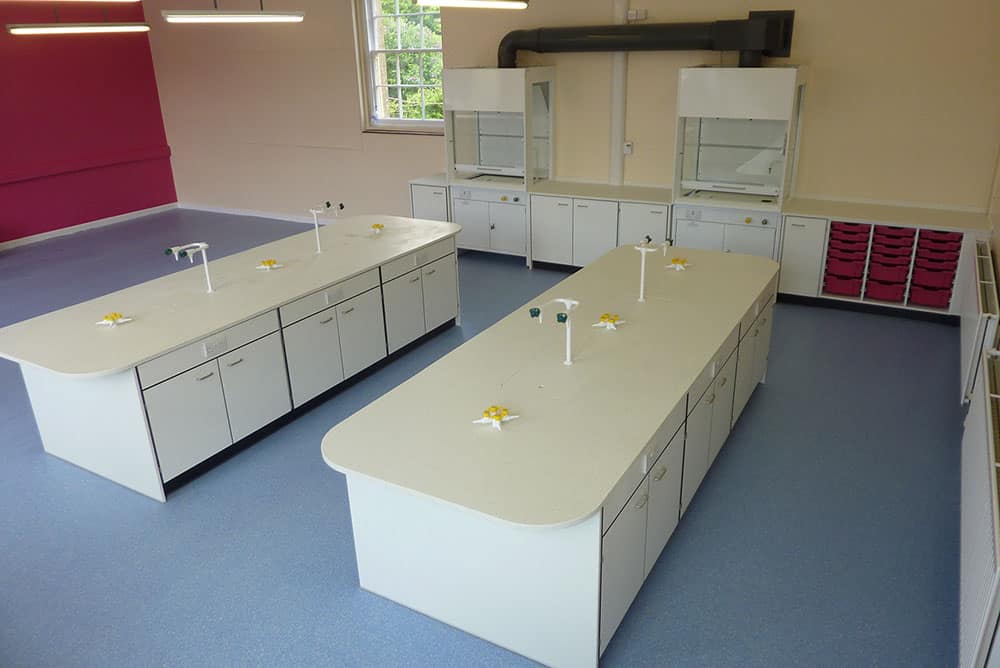 We undertook a total refurbishment of five of our six science laboratories during term-time, an ambitious project made much easier by the professionalism and commitment of Klick. From initial conversations through the design phase and finally the construction period, each member of the Klick team provided us with first-class service backed up by sensible and budget-conscious advice.

The brief was to design a layout to incorporate a designated theory space and a separate practical area into one large room. The design developed into an interesting layout including large double sided island benches with softly curved Velstone worktops at each end. The client wanted to give the rooms a sleek, modern appearance which was further enhanced by the vibrant contrast walls.

Klick provided extended first fix and final connections, working closely with the school’s appointed mechanical & electrical consultants and providing details of the pick up points required for each of the benches.

Klick supplied the fume cupboards, connecting them both to an existing outlet point in order to avoid an application for planning permission.

The college were delighted with Klick’s contribution to this budget sensitive project.