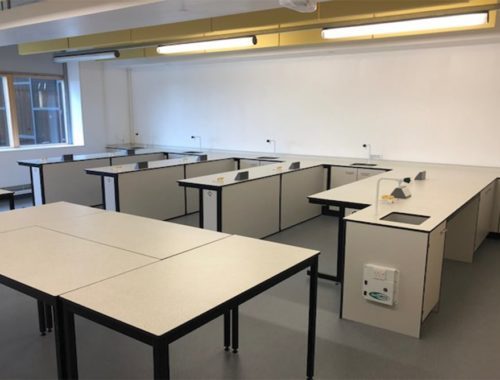 Tables can be added to extend peninsular length 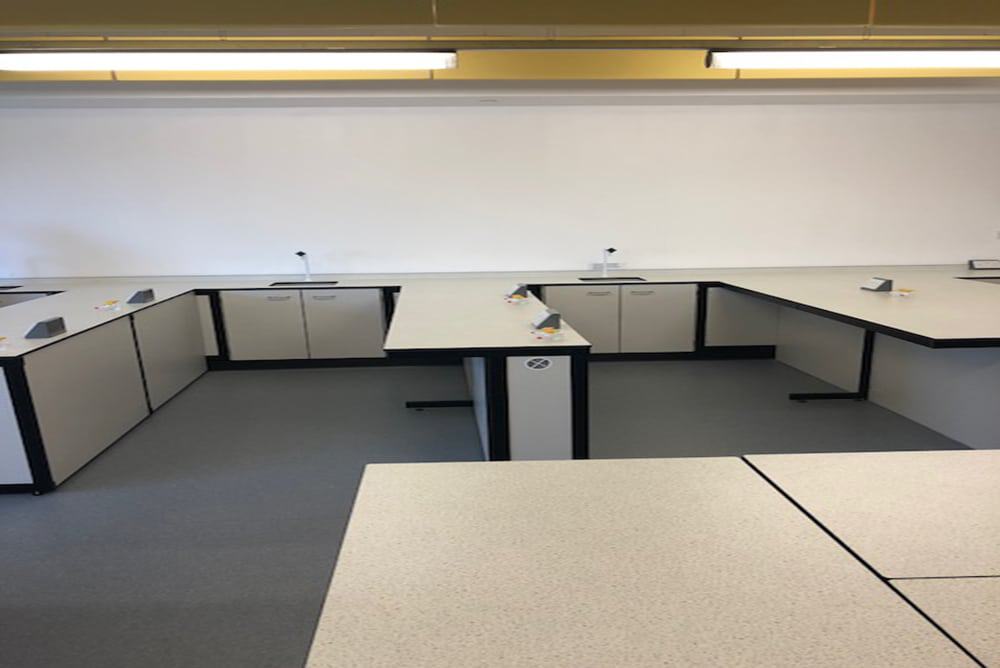 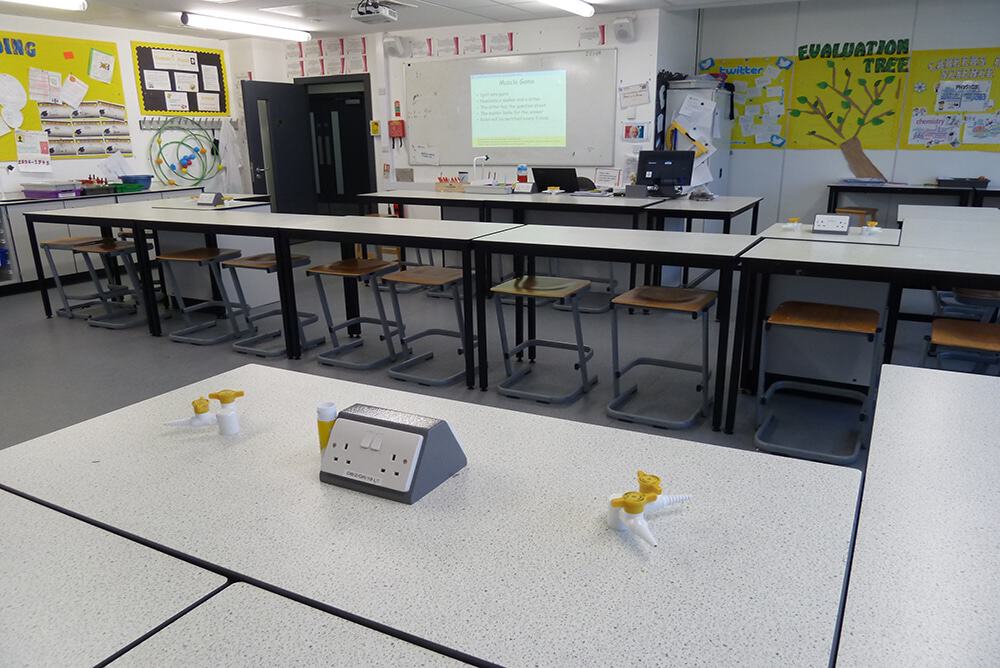 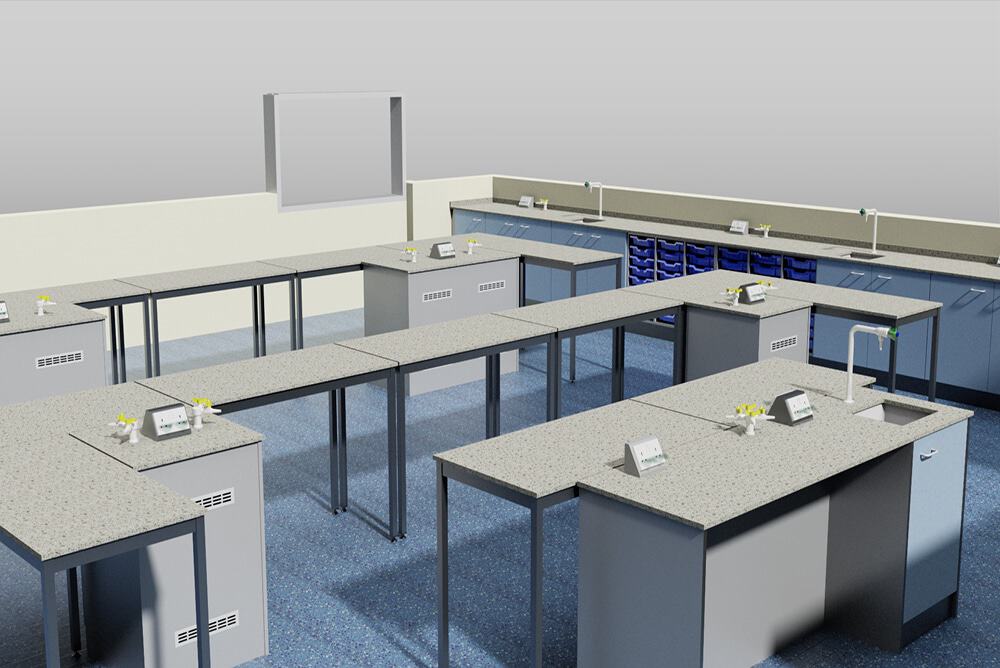 Following the tender process to 6 companies I felt confident that Klick’s package fully met the brief and they were the only company to include everything specified for the two science laboratory refurbishments. Their designers were helpful from the start, changing the drawings and refining the design until the science department were happy. The furniture was installed during term time with some of the initial noisy building work completed out of school hours. The whole project was finished to a very high standard and I had no hesitation in asking them to complete a further lab 3 years later.

The school was rebuilt in 2010 to include 7 new science labs. However over time it became clear that science provision at the school needed to be increased. The brief was to convert existing classrooms into flexible science laboratories to co-ordinate with the original labs.

Klick were delighted to be appointed to carry out the inital conversion of two classrooms into science laboratories. Our design team worked closely with the school to develop a flexible bollard layout to suit the requirements of the science teaching staff.

The school opted to have the project completed during term time in order to take advantage of our discounted rate. Klick’s refurbishment team started the initial strip out whilst the school was closed but the majority of the work was scheduled during the school day, with minimal disruption. The school were delighted with the first two labs and asked Klick to convert a third lab three years later. This room has a combination of short peninsulas and loose tables allowing for the workspace to be reconfigured to accomodate group participation.